Hey everyone, Adam here with a Darkest Dungeon 2, Man-at-Arms Guide. In this video I’ll go over all the abilities for the Man-at-Arms as well as what adding a mastery point to each skill does for you. My hope is that this video series will help you decide who you’d like to unlock skills on first during your playthroughs.

Skill One – Crush: The Man-at-Arms first skill is Crush. Crush can only be used from the first two positions but reaches all the way back to position three of the enemy ranks. Despite its low crit, this skill actually deals pretty decent damage. Upgrading this skill with a mastery point will increase its damage as well as cause it to consume the target’s combo token on hit in order to add a block token to the man at arms. This block token will cause the next damaging attack against him to only deal 50% of its damage.

Skill Two – Rampart: The Man-at-Arms’s second ability is Rampart. Rampart can be used from any position other than the back and hits either of the front two enemy positions. Using this attack will send the man at arms forward a position while knocking back and dazing the enemy. If the enemy does not resist the daze, it will cause them to go at the end of the round for their next action. Using a mastery point on Rampart will increase its damage slightly as well as cause the skill to consume a combo token on the enemy if available, stunning them for their next action.

Skill Three – Defender: The third skill of the Man-at-Arms is Defender. Defender can be used from any position to guard an ally. Using this skill places 2 block tokens on the man-at-arms as well as 2 guard tokens on an ally, causing him to take the next two attacks meant for that character. Using a mastery point on Defender will change the block tokens into block plus tokens, which reduce incoming damage by 75% instead of 50%, and will bump up the number of guarded attacks from 2 to 3.

Skill Four – Bolster: The fourth skill for the Man-at-Arms is Bolster. Bolster is another skill that can be used from any position. This skill has been recently changed from an AOE to a targeted ability. When used it will give the man at arms a block token as well as remove a vulnerable token from the targeted ally. In addition, Bolster will heal a single point of stress on himself and the ally if either are at 5 stress or more. It is important to note that this works on an individual basis. For example, if the man at arms is at 5 stress and the target is at 3, it will remove the point of stress on only the man at arms. If both are at 5 or more stress, however, it will remove the point from both. Using a mastery point on bolster will change the block token to a block plus token, allow the skill to remove a weaken token from the targeted ally in addition to the vulnerable token, and increase the stress healing to 2 points per character from 1. Bolster is a really solid move and is almost always the first skill I use a mastery point on in my playthroughs.

Skill Five – Hold the Line: Next we have the fifth skill for the Man-at-Arms, Hold the Line. This skill can be used from any position other than the front and can target any of the front two enemy positions. Hold-the-line will send the man-at-arms to the front position, give him a block token, and root him in place temporarily. Upgrading this skill with a mastery point will increase its damage, add an additional block token, and, if the enemy has a combo token, will cause the attack to stun the target.

Unlockable Skills: Now we are on to the skills that start out locked. You’ll need to visit and complete Shrines of Reflection to gain access to these skills. If you’d like to see all of the Man-at-Arms’s Shrines of Reflection be sure to check out that video from me in the comments and description.

Skill Six – Bellow: The Man-at-Arms’s sixth skill is Bellow. Bellow is an aoe skill with a 1 round cooldown which can be used from any position and hits all enemy positions. This skill will remove any riposte tokens from the enemy as well as debuff their speed by 3 for 3 rounds. Upgrading bellow will cause it to also remove crit tokens from the enemy and increase the speed reduction for 3 to 5. Bellow is an incredible skill for on-hit effects such as trinkets or the Runaway’s Firestarter ability. That’s right, you can literally yell at things until they catch on fire.

Skill Seven – Retribution: The next unlockable ability for the Man-at-Arms is retribution. This is another skill that can be used from any position. Using this skill will award the man-at-arms with 2 taunt tokens as well as 2 riposte tokens. These taunt tokens will make it so that the next two enemy attacks will target the man-at-arms. That is as long as that enemy currently has a skill that can hit the man-at-arms position and isn’t on cooldown. The riposte tokens will cause the man at arms to dish out a counter-attack on the attacking enemy. Using a mastery point on Retribution will cause the man at arms to also gain 2 block tokens. Overall Retribution is a pretty awesome move as you are basically getting two attacks for the price of one as well as consolidating incoming damage into a single, beefy target. This is an absolutely amazing skill when paired with the Plague Doctor’s Indiscriminate Science skill as well, since it gives her a ton of tokens to heal off of.

Skill Eight – Command: On to the eighth skill, Command. Command is yet another man-at-arms skill that can be used from any position. This ability will remove blind tokens from an ally as well as give them a strength token, causing their next damaging attack to deal 50% additional damage. Using a mastery point on Command does nothing other than remove the cooldown, but I’ve got to admit that it feels pretty good spamming this onto the Leper who’s holding two damage trinkets in his inventory.

Skill Nine – Stand Fast: The Man-at-Arms’s ninth skill is Stand Fast. Hey, look at that, a man-at-arms buff skill that can’t be used from any position! This ability can only be used from the front two spots and has a two round cooldown. Using Stand fast not only gives the man-at-arms 2 block tokens immediately, but causes him to gain another block token automatically at the beginning of each round for three rounds. Using a mastery point here will change all those block tokens to block plus tokens, which is just insane, cause the ability to also remove combo points on the man-at-arms, and will reduce the cooldown to just one round.

Skill Ten – Courageous Abandon: The 10th Man-at-Arms ability is courageous abandon. Like the highwayman’s point blank shot ability, this skill can only be used from the front position and only hits the front enemy position. Baseline, this skill does decent damage and ignores enemy’s block tokens, but the real damage comes in when the man at arms has block or block+ tokens on him, increasing the damage output by 100%. This skill does remove the man-at-arms’ block tokens and leave him with a vulnerable token. Using a mastery point on courageous abandon will increase the skills damage as well as double its crit chance to 20%.Whether you use a mastery point or not, however, this skill maintains a 2 round cooldown.

Skill Eleven – Strategic Withdrawal: The final skill for the Man-at-Arms is strategic withdrawal. This ability can be used from either of the front two positions and can hit either of the front two enemies with a moderately damaging attack. Strategic withdrawal will also send the man-at-arms back one position while leaving his target with a combo token. Yet another great synergetic move for the Leper. Using a mastery point here will increase the damage and crit slightly as well as cause the move to have additional functionality while the man at arms is on death’s door. When at 0 health, using strategic withdrawal will cause the man at arms to heal for 33% of his maximum health and leave him with both a block plus token and a speed token. I actually really like taking this upgraded skill to really tough boss fights as a sort of hail-mary if things hit the fan.

And that does it! Every single ability for the Man-at-Arms. As this is early access, of course, many of these could change over time. But, given what we’ve seen so far, the essence of the moves should remain, with just specific numbers being tweaked as we move forward. The man-at-arms is a versatile powerhouse and is currently one of my most used characters in the game. One of his only downsides currently is that he has so many good moves that it is often hard to choose what to run in each battle.

I hope you enjoyed this Darkest Dungeon 2 Man-At-Arms Skill Guide. If you did, please let me know by subscribing on YouTube, hitting the like button on the guide videos there, and leaving a comment. It also helps tremendously to share this post and website to others you think may find it helpful! 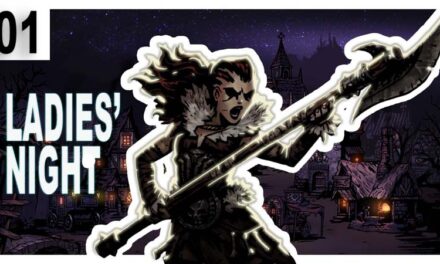 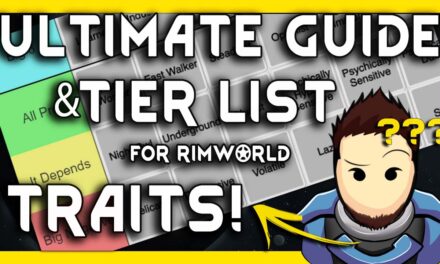 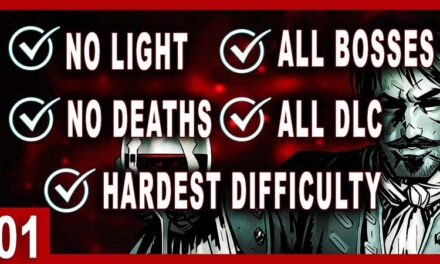 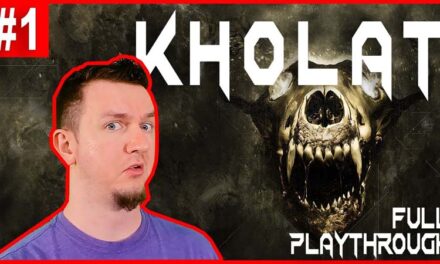