How do I make Raiders go where I want them to? Why do Raiders attack my walls? How do I get enemies to stop stacking? This RimWorld Guide covers exactly how to make Raiders go into your killbox, single file, as well as the mechanics behind why it works.

Hey everyone, Adam here with another Rimworld guide. In my recent playthroughs I’ve had a ton of people ask me how I get raiders to come in one at a time instead of bunching up and overwhelming my base. I’ve also seen countless people complain about normal raids attacking their walls or geothermals. As much as I don’t mind answering repeat questions on the stream, I’ve decided to make a guide about the topic. So here’s everything you might want to know about unit pathing and collision in RimWorld.
Before we get start I just wanted to let everyone know that I have decided to donate money made from these guides to Doctors Without Borders. They are an amazing charity that really knows how to stretch each dollar to the fullest. Thank you for watching, liking, and subscribing – it helps out both the channel, and this awesome charity group.

How do I make raiders go into my kill area?

The ideal way to bait standard raiders to your defenses is to have a pathable colonist or zoneable animal. A single squirrel can lure an entire maximum size raid. It doesn’t matter if your base is big or small. It doesn’t matter what direction the raid spawns from. It doesn’t even matter if there is a complex maze the raiders have to go through before reaching that squirrel. All that matters is that they have an unbroken path to a target.

A standard raider that cannot find a pathable target will attack random walls, doors and the like.

What I mean by ‘standard raider’ is non-sapper, non-breacher. Attacking Tribals, Outlanders, Pirates, Empire, and Mechs fall into “standard raiders” as long as they aren’t sappers or breachers.

When a raid occurs, be sure to immediately check the Raid Letter to see if the raid is Sappers or Breachers. If you accidentally closed it you can hit the History button -> Message Tab and see the letter there.

“Pathable” means that the enemy is capable of walking from their current location all the way to the target as if they were trying to melee them. It doesn’t mean the enemy WILL try to path and melee punch, just that they CAN path and melee punch. So yes, even long range snipers and mech pikeman follow these same rules.

So, what all blocks pathing? Walls and closed doors block paths. Opened doors, barricades, sandbags, chunks, fences, animal pens and some other objects do NOT block paths.

So what all counts as a target for a standard raider? Targets include Colonists, any zone-able animal, any “furniture” like a production bench, lights, power generators, tables, etc. This is one reason I like to leave a door open to my dining and rec area, as long as the temperature is nice, or even place an open-air dining area behind my defensive line. Because, as I mentioned earlier, if an enemy does not have an unblocked path to a target, they will start attacking randomly, which may allow them to break a wall and let other raiders poor in from a direction you didn’t expect. It can also be super annoying to have random raiders attack your walled in geothermal generators out on the map.

It is also important to understand that there are two target types. Knowing this will help dictate just how you should set up your base to ensure all the standard raiders come in where you want them.

“Combatant” targets include Colonists, any zoneable animal, and powered turrets. All enemies can path towards a single “combatant.” If you have an open path to a squirrel and no other targets, all the enemies will path at the squirrel.

“Junk” targets include everything else: tables, chairs, production benches, power facilities like geothermal, and even unpowered Turrets. NOT all enemies can path at a single piece of junk. Each piece of junk can only attract so many enemies. So if you are facing large raids and trying to bait them with Junk, you may need a lot of it, hence my open-air dining setup I mentioned earlier.

Immediate Attack raids choose their target instantly. If you want enemies to path to a certain location, like a killbox, you need that killbox properly baited BEFORE the enemy arrives. An immediate attack raid without targets attack random walls and doors. The raiders won’t change targets if you provide bait after they’ve already chosen a target. Well, until they completely destroy whatever they first targeted or they take some damage.

How to stop enemies form stacking

“Collision” refers to when enemy raiders, mechs or manhunting animals cannot stack on top of each other. Enemies have collision when the game considers the enemies as ‘in combat’. When the game considers enemies outside of combat, the enemies can stack on top of each other. Dozens of enemies can be in a single tile when enemies do NOT have collision. Stacked enemies that are granted collision can balloon out in comical, and devastating fashion.

Collision is activated when enemies are within a range of combat. However, for some reason, closed doors do NOT fully block that range. If you place a colonist, zoneable animal, or turret behind a closed door it can activate collision of nearby enemies. Let’s check out the exact same 80 Huskies with a collision granting squirrel behind this door.

Now the huskies politely line up and attack one at a time. These enemies are given collision when they are within “range” of the squirrel even though the squirrel is behind a closed door.

I recommend having a nearby door in the path that leads up to your defenses. This example has two such doors and either one can work just fine. You can then place a colonist, zoneable animal or turret behind such a door to activate collision. You can also place 4 doors around a single square and place an unpowered turret, or even zoneable animal inside. This doored in unpowered turret will activate collision. This method is my favorite to do, and you’ll see it a ton in my playthroughs.

Of course you can generally get a random, zonable animal way earlier than a turret, so I recommend grabbing a squirrel or such early that you can use for either bait or collision.

— Conclusion —
And that does it! Hopefully this rimworld guide has helped answer any questions about enemy pathing and collision you might have had. If I missed anything or you have any questions at all be sure to post a new comment down below the video – I do reply to all of them!
There are a few more technical things that I did not include in this video guide, but you can read over them in the written version over at my website – adamvseverything.com/guides

If you enjoyed this Rimworld guide or it helped you at all please consider subscribing to the channel, liking the video, leaving a comment down below, and sharing it with others. Also, I wanted to give an extra shoutout to Smurph from my Discord, who has been instrumental in helping get more of these guides out on the channel. You might recognize him from the RimWorld subreddit or Discord, where he takes credit for strategies I come up with. Only joking, of course … mostly *cough* autobong defense *cough*.

As always, thanks for watching!

However, enemies pathing at a Powered Turret target CANNOT be given collision in this manner. That’s why I do NOT recommend using a powered turret as bait.

There is a target priority system. Some things will be prioritized over others. However, the priority system doesn’t have many practical applications. Generally, a player wants to lure all standard raiders to a singular defensive setup.

If a raider’s selected target goes through a door the raider may attack that door for a bit of time. You may wish to have strong outer doors or have double outer. Place a gap between the doors to prevent accidentally holding the first door open for raiders while you try to open the second door.

The map is divided into regions. Many things in Riwmorld are scanned via region rather than entirely mapped out. I believe “Range” for collision is scanned via region. There are 12×12 regions of the map that can be seen via dev mode

Collision is based on body size. Small animals, like megascarabs and spelopedes can often stack on top of each other.

Raiders will light things on fire that are in their path. Things like crops, wooden walls, unwalled conduits, etc. will all be light on fire if a human raider is pathing nearby 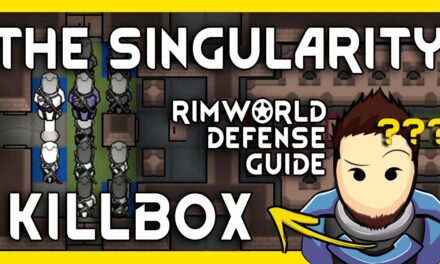 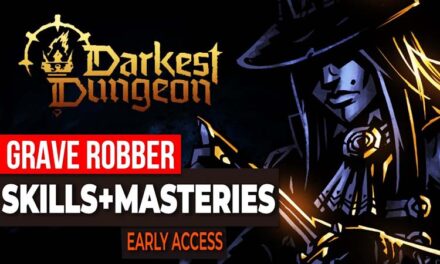 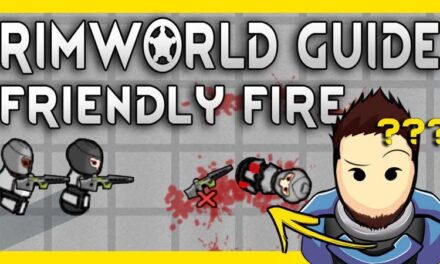