I am sometimes told that things like Canibals and Drugs make the game too easy, even on 500% no pause. So, I decided to do a run with  NO WAR CRIMES!

This was actually a really fun run overall. It has a ton of ‘RimWorld Stories’ crammed into a relatively short amount of time. I will have to revisit this idea sometime with BIOTECH.

Here are the other specifics for this run:

Storyteller: Randy Random
Difficulty: Losing is Fun, set to +500%
Scenario: Crashlanded
No pause
Challenge: See the credits while ‘Doing no Evil’ and being the best ‘Good Guys’ we can be.
Mods Used: No pause Challenge, Fahrenheit and Celsius, Camera+, Rocketman, P-Music 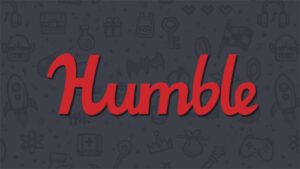 Click the above image to get your STEAM KEY for RIMWORLD while supporting the channel, charity, and the developers! You can also use the link and the navigate to the DLC’s to grab those as well, if you’d like.

RimWorld is a story generator. It’s designed to co-author tragic, twisted, and triumphant stories about imprisoned pirates, desperate colonists, starvation and survival. It works by controlling the “random” events that the world throws at you. Every thunderstorm, pirate raid, and traveling salesman is a card dealt into your story by the AI Storyteller . There are several storytellers to choose from. Randy Random does crazy stuff, Cassandra Classic goes for rising tension, and Phoebe Chillax likes to relax.

Your colonists are not professional settlers – they’re crash-landed survivors from a passenger liner destroyed in orbit. You can end up with a nobleman, an accountant, and a housewife. You’ll acquire more colonists by capturing them in combat and turning them to your side, buying them from slave traders, or taking in refugees. So your colony will always be a motley crew.

Each person’s background is tracked and affects how they play. A nobleman will be great at social skills (recruiting prisoners, negotiating trade prices), but refuse to do physical work. A farm oaf knows how to grow food by long experience, but cannot do research. A nerdy scientist is great at research, but cannot do social tasks at all. A genetically engineered assassin can do nothing but kill – but he does that very well.

Colonists develop – and destroy – relationships. Each has an opinion of the others, which determines whether they’ll become lovers, marry, cheat, or fight. Perhaps your two best colonists are happily married – until one of them falls for the dashing surgeon who saved her from a gunshot wound.

The game generates a whole planet from pole to equator. You choose whether to land your crash pods in a cold northern tundra, a parched desert flat, a temperate forest, or a steaming equatorial jungle. Different areas have different animals, plants, diseases, temperatures, rainfall, mineral resources, and terrain. These challenges of surviving in a disease-infested, choking jungle are very different from those in a parched desert wasteland or a frozen tundra with a two-month growing season.

Travel across the planet. You’re not stuck in one place. You can form a caravan of people, animals, and prisoners. Rescue kidnapped former allies from pirate outposts, attend peace talks, trade with other factions, attack enemy colonies, and complete other quests. You can even pack up your entire colony and move to a new place. You can use rocket-powered transport pods to travel faster.

You can tame and train animals. Lovable pets will cheer up sad colonists. Farm animals can be worked, milked, and sheared. Attack beasts can be released upon your enemies. There are many animals – cats, labrador retrievers, grizzly bears, camels, cougars, chinchillas, chickens, and exotic alien-like lifeforms.

People in RimWorld constantly observe their situation and surroundings in order to decide how to feel at any given moment. They respond to hunger and fatigue, witnessing death, disrespectfully unburied corpses, being wounded, being left in darkness, getting packed into cramped environments, sleeping outside or in the same room as others, and many other situations. If they’re too stressed, they might lash out or break down.

Wounds, infections, prosthetics, and chronic conditions are tracked on each body part and affect characters’ capacities. Eye injuries make it hard to shoot or do surgery. Wounded legs slow people down. Hands, brain, mouth, heart, liver, kidneys, stomach, feet, fingers, toes, and more can all be wounded, diseased, or missing, and all have logical in-game effects. And other species have their own body layouts – take off a deer’s leg, and it can still hobble on the other three. Take off a rhino’s horn, and it’s much less dangerous.

You can repair body parts with prosthetics ranging from primitive to transcendent. A peg leg will get Joe Colonist walking after an unfortunate incident with a rhinoceros, but he’ll still be quite slow. Buy an expensive bionic leg from a trader the next year, and Joe becomes a superhuman runner. You can even extract, sell, buy, and transplant internal organs.

And there’s much more than that! The game is easy to mod and has an active mod community . Read more at http://rimworldgame.com 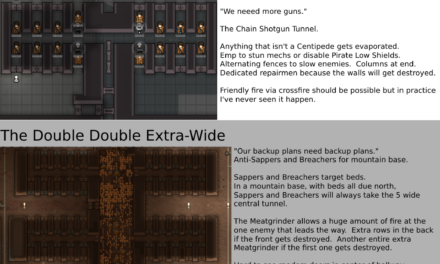 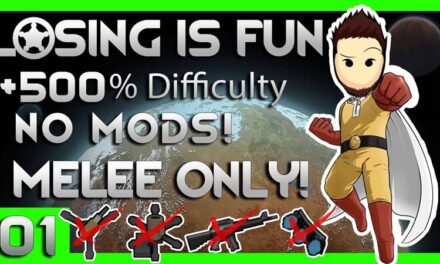 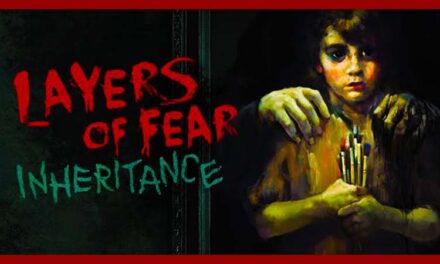 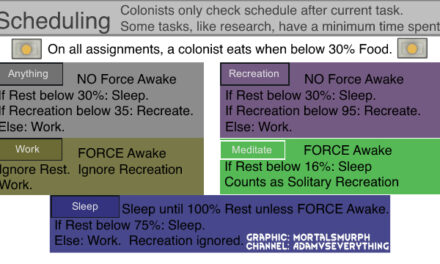